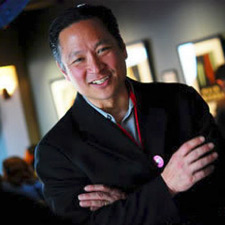 Jeff Adachi (Director, Writer and Producer) Jeff Adachi is the writer, co-director and producer of “The Ride.” He has been a social justice advocate and filmmaker, writing and directing two PBS award winning films, “The Slanted Screen: Asian Men in Film & Television” and “You Don’t Know Jack Soo” and the acclaimed short film “Racial Facial,” a short film about the history of racism in the United States.

The Slanted Screen premiered at the Academy of Motion Pictures and Sciences in 2007, and went on to receive both national and international broadcasts and screenings in the United States, Israel, China, Japan, Canada and Australia. The Slanted Screen won top awards at the New York International Independent Film & Video Festival and at the Berkeley Film Festival. You Don’t Know Jack Soo won the best documentary film at the Accolade Film Festival, and was chosen to air on Comcast’s on demand following its national PBS broadcast. Racial Facial won the best short documentary at the Hollywood Independent Documentary Film Festival awards in 2016 and earned a distribution deal by the Films for the Humanities and Sciences later that year.

Between 1995-1999, Jeff produced the Asian American Arts Foundation’s Golden Ring Awards. Jeff also serves as the elected Public Defender of San Francisco. His office provides legal representation to over 20,000 people each year, mostly of color. Through his legal work and activism, Jeff has always been a strong advocate for the civil rights of all Americans. 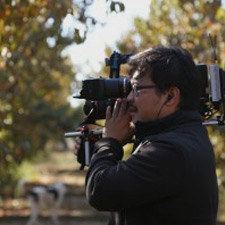 Jim Choi (Co-Director and Cinematographer) emigrated to the Washington D.C. area as a child. Being a 1.5 generation Korean American, his youth was spent witnessing the sacrifices immigrants make in order to adapt to a new country. He is intimately aware of the disenfranchisement experienced by those who are underrepresented and is dedicated to creating media that cultivates agency for those that do not have access to the levers of power.

As an alumnus of the Rhode Island School of Design, he has always brought a fine artist’s perspective to storytelling. Produced through the historic Kearny Street Workshop, he is one of the founding curators of the first multidisciplinary Asian American arts exposition, APAture. Created to provide a venue for emerging artists from the Asian American community, it spawned other media endeavors like Hyphen magazine and the arts venue Locus Arts.

Choi’s most recent directorial credit is The People’s Hospital, a film about the story of San Francisco’s Chinese Hospital, which was built in 1899 to serve the most vulnerable --- the poor, immigrant, monolingual and the elderly. Choi also directed Changing Seasons, an award winning documentary chronicling the Masumoto peach farm and its founder David “Mas” Masumoto and his relationship with his daughter.  Don’t Lose Your Soul, an intimate profile of Anthony Brown and Mark Izu ,the founders of the Asian American Jazz Festival. A selection of the Los Angeles Asian Pacific Film Festival, it aired on KQED in San Francisco and was offered nationally on public television. He served as the Director of Photography on the IFP Gotham Audience Award winning Jake Shimabukuro: Life On Four Strings. His work on Lost and Found: Legacy of USS Lagarto garnered an Emmy nomination in the cinematography category. 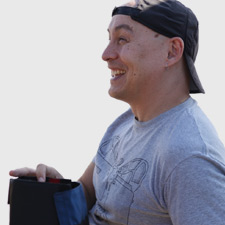 Chihiro Wimbush (Editor) is an East Bay-based documentary and narrative filmmaker. Wimbush is a 2012 Sundance Creative Producing Institute Fellow and a 2011 Bay Area Video Coalition Media Maker Fellow. He has worked on a wide range of media projects around the world including baseball in Cambodia, AIDS orphans in South Africa, homeless bakers in Appalachia, students with disabilities in Guangzhou, China, and the dalits (untouchables) in India.

Wimbush has spent the past half-decade as co-director (with Amir Soltani) and cinematographer on a documentary feature, Dogtown Redemption, about homeless shopping cart recyclers in West Oakland, California .This project has been supported by the Sundance Institute, California Council of Humanities, San Francisco Foundation, Pacific Pioneer Fund, and is a project of the San Francisco Film Society. Wimbush also co-directed The People’s Hospital, a documentary about San Francisco’s Chinese Hospital, which will be released in 2017.

He has also worked in narrative film; as writer/director he created two short films, Cross Fader and Double Features, both of which played at numerous festivals across North America. Chihiro served as a production manager or as a producer for three narrative feature films for the Center for Asian American Media, working with directors Wayne Wang, Richard Wong, and HP Mendoza. Jim Choi and Chihiro Wimbush has previously worked together as co-directors of Don’t Lose Your Soul.

Before focusing on filmmaking, Chihiro was a musician, DJ, as well as radio host and producer. He co-founded APA Compass, an Asian-American public affairs program and hosted the world music program, “Your Blue Room” for eight years, sharing music and interviews from an international array of musicians.

Sean Dana (Graphics) provides The Ride’s titles and credits. He has owned and operated a motion graphics company, 7G Productions, for 17 years and is also an accomplished photographer. 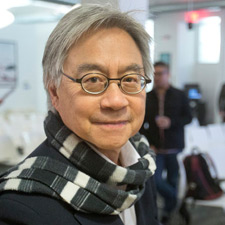 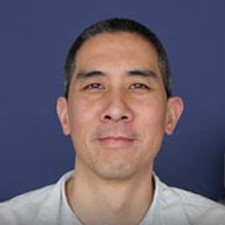 Special thanks to Walt Louie and Leo Chiang for their suggestions and ideas.